“3 Weeks in Haiti” dedicated to Mark

Our friend Mike, (aka Michael Andrew) recently published his book “3 Weeks in Haiti” as an eBook. Just days following the incredible earthquake in Haiti in early 2010, Mike took it upon himself to find his way there with a specific mission to locate and help orphanages. He did this willingly and with his own money.

It’s an incredible story of persistence because of the many obstacles he had to overcome just getting there, finding places to stay, food to eat, and protecting his life.

He ends up feeling a huge sense of satisfaction for the work he did and the many children he helped, as well as the friendships he created.

At a crucial point in the book, Mike was to meet up with the 82nd Airborne in a coordinated effort to deliver aid. He needed them because they offered security from gangs and rioters. All he had were coordinates that wouldn’t translate into any software he had. After exhausting all resources he knew, Mark popped into his head and he knew if anyone could help him, Mark could. Mark’s training prepared him to understand this type of information. He called Mark, who was stationed in NC (before being deployed), gave him the coordinates, and Mark gave him the location he needed. This allowed Mike to connect with the 82nd and distribute food more safely and effectively.

Mike dedicates his book to Mark, which can be read in the opening pages. I have personally read this book and found it fascinating. It’s well worth the read and I recommend it. It’s about selflessness, charity, commitment, and most of all persistence. I think these are some of the qualities Mark possessed and that he and his teammates needed to be successful as a team, and on the battlefield.

Mike actually went back to Haiti and was there when Mark was KIA in Afghanistan last year. He made it back the day before the funeral.

You can learn more about this book and/or purchase by clicking HERE. 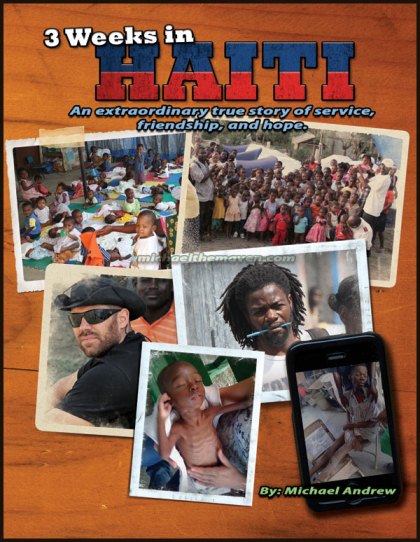 Dedication at the beginning of the book. 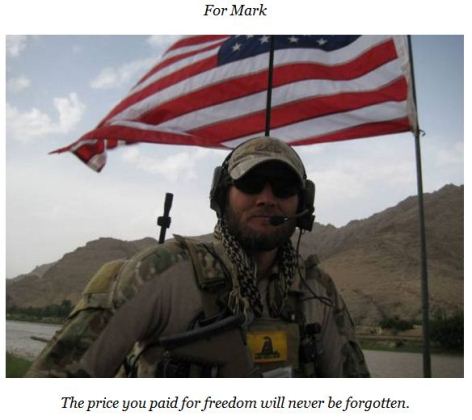