Remembered as a man who discovered his purpose in life and died doing what he was sent here to do. Respectful son, loving brother, and true friend.

While Mark was serving as a full-time missionary in California, our nation was attacked on September 11, 2001. As a young man of 20 years old, he was outraged by this act and knew then it was his calling to fight terrorism. He received his college degree, and then enlisted in the U.S. Air Force in June 2007. Despite everyone telling him to go in as an officer, he wanted to enlist because he wanted to start from the bottom up and he knew his chances of getting better deployment opportunities would be increased as an enlisted airman. He wanted the toughest job the military could offer, and Air Force Combat Controller was what he was looking for.

He was deployed to one of the most coveted areas by Combat Controllers in May 2010, FOB Cobra (Tinsley). He was awarded the Bronze Star Medal with Valor for his heroic actions while engaged in ground combat against the enemy on 6 August 2010. Mark was fatally wounded during combat on 29 September 2010. He was posthumously awarded the Silver Star for his actions during that fateful battle, and the Purple Heart for paying the ultimate price for freedom. He was killed in action alongside one of his Special Forces teammates. JAG 28, which was his call sign and the only name many pilots knew him by, was immediately retired after his death.

Most of his teammates and leaders who spoke at his funeral and memorial services ended their speeches with “Roll Tide” because they knew what a big Alabama fan he was. 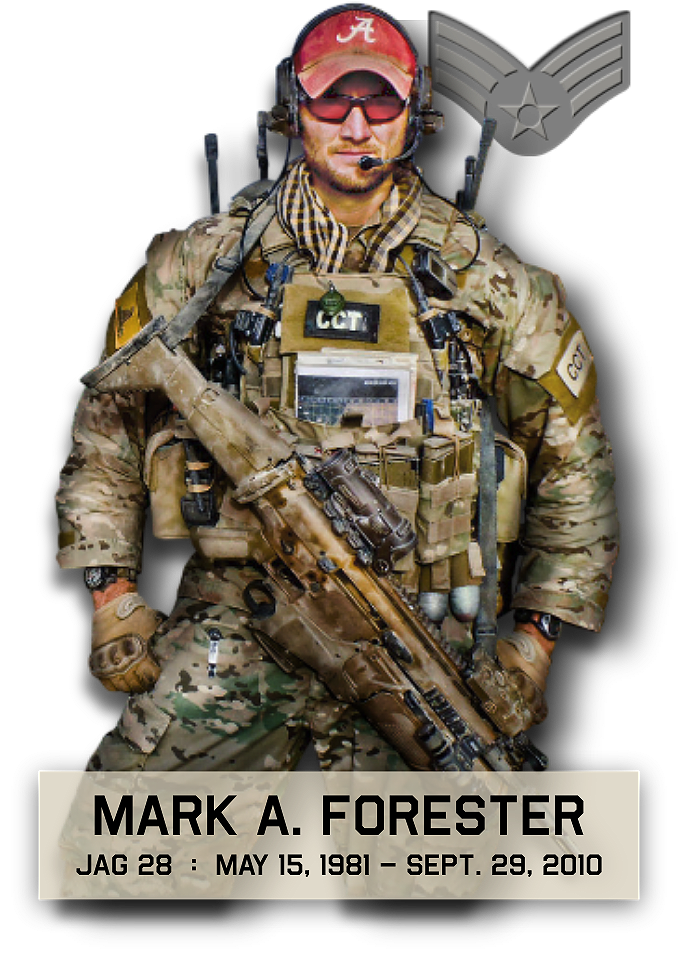