You can listen to Patriot to the Core podcast below:

“If you think you can’t memorize something, you’re wrong.  You can remember 10-20 times more data than you think.”

2-time USA Memory Champion Ron White, aka Brain Athlete, gives us some insights on what he’s been doing.  We start out with the Afghanistan Memory Wall, where he memorized the rank, first and last name of each person killed in Afghanistan since the war on terror began.  This is over 2300 names, 7000 words.  Not only does he have them memorized, but he knows them in the order they were killed.  He has a traveling wall where he writes their names at various events across the country.  He was most recently at Charlotte Motor Speedway for the 600 Miles of Remembrance and Dover International Speedway.

He was a contestant on Season 1 of SuperHuman on Fox where he met 10 ladies, got their name, phone number (all 10 digits) and unique fact about them in a few short minutes.  The judges randomly called out names and he got 100% correct.

Now, this former Navy reservist teaches online memory courses and speaks around the world.  He has a memory system by visually attaching what he wants to remember to an object in his house.

We had a good time today.  We even played a simple memory game (simple for him, not for me) where I called out some random 2-digit numbers and he recited them all back in order.

Learn more about Ron and his memory courses below: 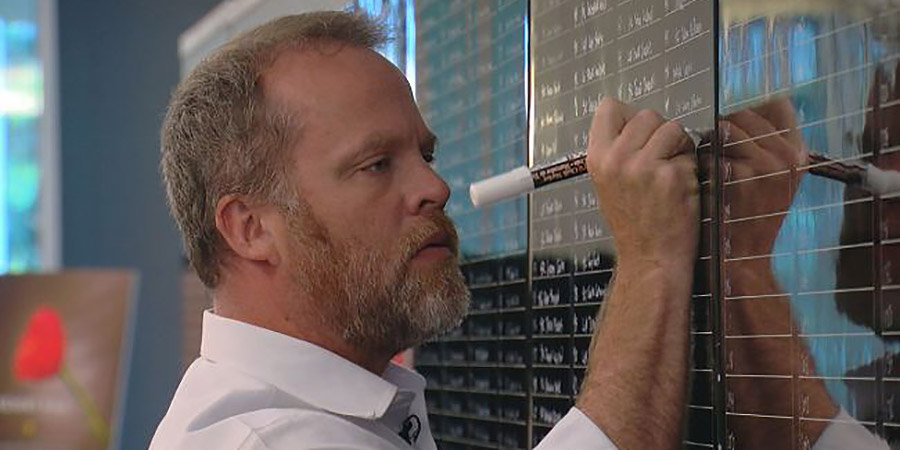