Last weekend we had the honor of meeting Frank Latt, a U.S. Marine pilot who was providing Mark air support, with his F-18, the day he was killed. Frank contacted us just a few days after this happened and told us the details from his eye-in-the-sky point of view. He was able to show us on a map where that final battle took place. The story is very interesting and it was great to finally meet him.

He told us that after Mark’s radio went silent, he had an emotional flight back to his carrier. He said even though no one had confirmed to him that his CCT had been killed, he knew it was so. He didn’t know Mark’s name at the time, so he started searching the DOD reports, and when he got some names, he began the internet search. This is where he came across Mark’s info on Michael Andrew’s website (www.michaelthemaven.com). He made contact with us, and planned to visit when he returned home. January 28, 2011 was a special day for the whole family. When we met him for the first time, it was with cameras and many people around, but as the seconds passed, the cameras seemed to disappear. The purpose of the cameras was a taping for a TV show that will air this Spring. The entire crew was very touched by the story of Frank and Mark and the relationship they had–not even knowing each other’s names. Of course, this is common between pilots and controllers on the ground. We will post an udpate on this site, once we learn the premier date on Lifetime Channel.

Frank had worked with Mark on several missions and was very impressed with his skill, humor, and courage. Aften his initial radio meeting with Mark, Frank decided he would do anything this CCT asked him to do. Frank deserves great respect too. He’s served several tours across the globe and has been in the Marines for about 20 years. We are grateful to him for his service and for reaching out to us. We will be seeing him again.

Below is Frank with Mom and Dad. 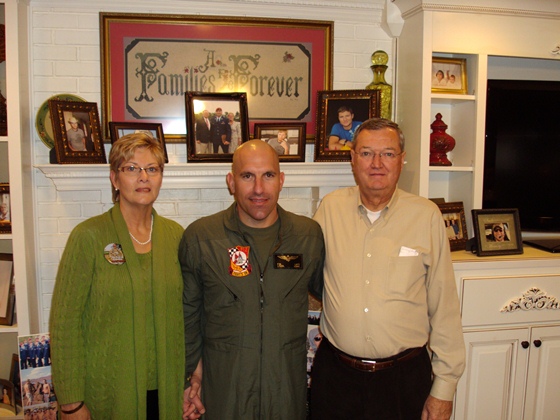 Frank and his wingman Kevin, did a flyover above our house in Haleyville Saturday morning. It was awesome. They were at 1000 feet and slow. 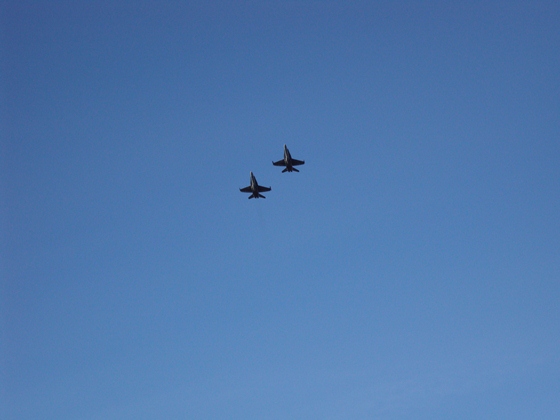 Frank and his wingman’s planes have Mark’s name on them. We’d like to see his name painted on a few of the bombs dropped in Afghanistan too. 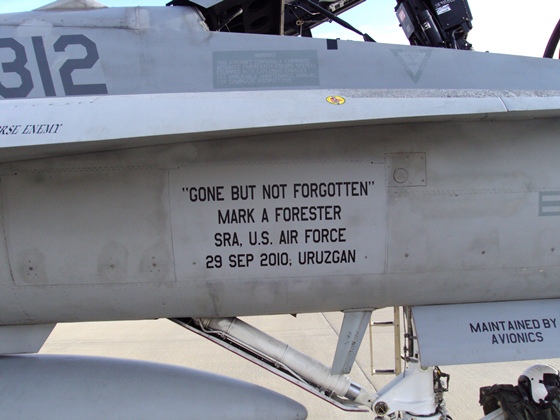 Here are their planes parked in Birmingham. We were able to see these things up close and personal. Can you imagine being an enemy of the U.S. and they do a “show of force” about 500′ above you? 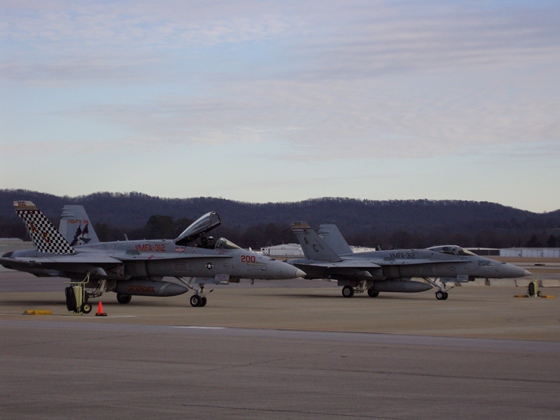