Thank you for making Mark’s biography the #1 most downloaded Kindle free book (in it’s categories) last week during the promotion. It was ranked #1 in three categories:

The book is still, and always will be, available on this web site softback and hardback, as well as Amazon (softback, hardback and Kindle). If you’ve read the book and enjoyed it, please leave a review on Amazon. This is important to help others want to buy it. 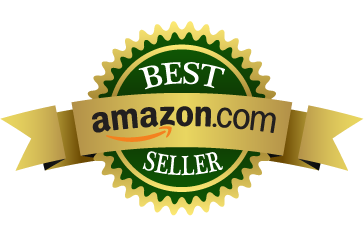 One of the most helpful reader’s reviews states:

A rare, personal and authoritative glimpse into one of the many, many lives that was willingly sacrificed to pay the Price of Freedom.

Mark Forester’s story, as told by his brother Thad, illustrates the phenomenal transformation of Mark A. Forester described by those who knew him as principled, kind, gentle, easy-going, fun, humorous friend, to an Elite Military Air Force Combat Controller who believed he was placed on the earth to “kill terrorists”. My Brother in Arms allows readers to know Mark, understand his background, history, motives, appreciate the relationships of those who loved him, illustrate his skill & bravery as a warrior, as well as his fateful last battle which took place on Sept 29, 2010.

Gone but not forgotten, Mark A. Forester’s story is bound to become a classic tale of patriotism, honor, sacrifice, love of nation and triumph.

You will be a better person for knowing who Mark was and therefore it is a must read!

Here is another review:

It only took me a little over a day to finish what I thought was a great book, “My Brother in Arms: The Exceptional Life of Mark Andrew Forester, United States Air Force Combat Controller” by Thad Forester.
Maybe it was because I remember reading about Mark when he was KIA in 2010 and the subject really interests me, but I thought his brother did a great job in just bringing to light what kind of man Mark was.

He is just like so many of us: loved college football (Bama fan), Chik-fil-A and having a great time.
But there was something more to him, a greater sense of purpose and I think the book really brought that to light.
It isn’t a shoot-em up every page thriller but just stories on how he lived and how he died.

After reading it, there is no doubt in my mind he was heading for something special like JSOC and the 24th STS if he decided to stay in the Air Force.
But anyway, I highly recommend it.

With much anticipation I’d been waiting for my copy of ‘My Brother In Arms’. It was finally delivered yesterday. I just finished it today. I could not put it down. Powerful, moving and motivating stuff! Mark Forester is part of a long line of selfless heroes the world too often doesn’t know about. What a beautiful and lasting tribute this is to a defender of truth who so richly deserves our admiration and praise. Thank you Mark and all others who willingly gave their last full measure of devotion.

Great Story of a true American Hero. I received my copy of the book over the weekend and sat down yesterday to start reading it. I literally couldn’t put it down and read it from cover to cover.

Some of these readers knew Mark and some didn’t. Thank you for your comments. We hope these help motivate others to purchase and to share.