On 15 June 2012, Mark’s parents were presented with the Silver Star for his “valiant effort to rescue a fallen comrade”…. and his “steadfast courage in the face of the enemy…”, during his final battle on 29 September 2010.

The ceremony took place at Hurlburt Field, FL and many of Mark’s teammates and other military supporters were in attendance, along with most of Mark’s family. It was a quick, somber, powerful, and positive ceremony. We thank all those who planned and supported, including Lt. Gen. Eric E. Fiel, who is the Commander, Air Force Special Operations Command, Hurlburt Field, FL. We were touched by all the support. 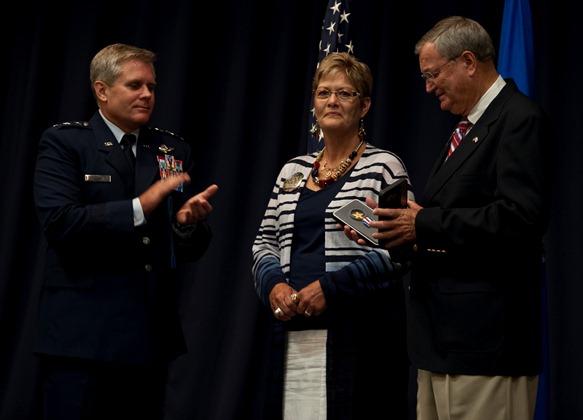 Click the link below to read the full citation describing what Mark did to earn the nations third-highest combat military decoration. This final battle took place on his 78th combat mission of that deployment.

Click the links below to see additional coverage of the ceremony:

This flag was flown over Afghanistan on the one-year anniversary of Mark’s death on 29 September 2011. It was presented to the family after the Silver Star ceremony. 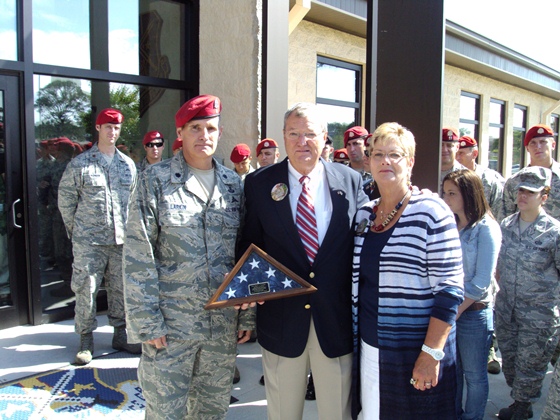 Mark’s siblings in front of the painting at the STTS gym at Hurlburt Field. It was painted by Airman Josh Chambers. The plaque at the bottom of the painting says:” Faith Driven – Never Ending”. You can read more about it here.

The statement painted over the doors reads: “Through these doors lie freedom. How much will you sacrifice to ensure it remains?” 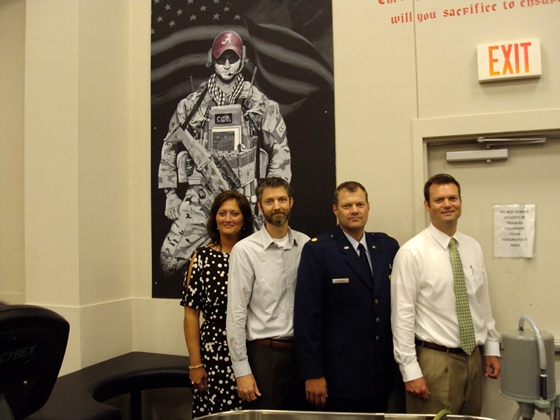 Former CCT Gregg Fox presented mom and dad with this plaque that includes Mark’s HALO certification– his unique Military Freefall Parachutist ID # that identifies him in the archives of the USA Special Warfare records as a HALO jumper. Gregg said, “Your Brother not only endeavored, but successfully completed and acceled at what most people would not even dare to do. Since I was the ranking Air Force instructor at the USA JFKSWCS MFF School when Mark came through as a student, I felt it my duty to get this to your family.”

Thank you Gregg. We are forever grateful for this detailed plaque. 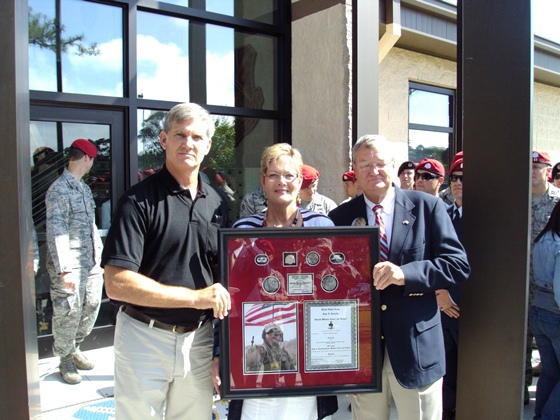