The Story Behind “Coming Home” on Lifetime

Since “Coming Home” will only show little of Mark and why they chose to use him and Frank as one of their stories, I’d like to share how it came about.
Lt. Col. Frank Latt, who heard the intense firefight over Mark’s radio, and was providing Mark overhead air support on that fateful day, was on the USS Harry S. Truman returning from deployment in December. He met some of the film crew, who were taping for this TV series. Frank kept telling them he had a story. He would say, “Hey TV dudes, I have a story for you.” They weren’t interested because it didn’t fit their format. When they finally listened to him, they knew they had to do this story.

Frank and I had already been in contact since October and he already planned to visit us in January. Then he told us of this opportunity to get Mark’s story out there, then the network contacted us, and a few weeks later they spent about four days in Haleyville filming and interviewing.

Even though the show will only air about 22 minutes on Mark and Frank, we feel the TV crew got a good sense of the man Mark was by spending that weekend with us, his teammates, friends, and with Frank. Frank is passionate about the skilled controller Mark was and conveyed that perfectly. He really was a star for the show.

We’ve had a few good laughs thinking how Mark would feel that he’s on Lifetime–he wouldn’t be happy. As ironic as it is, the show is a good thing and we thank Lifetime for telling part of his story.

Thanks to Frank, Mark’s episode of “Coming Home” is the only of it’s kind–at least this season. All other stories are happy reunions. Unfortunately, our warrior didn’t get to return home to us alive. Frank is helping Mark’s memory to live on.

We are grateful to all the crew from RelativityReal Media and Matt Rogers for the time spent with us and the many hours filming and editing. We still keep in touch with some of them regularly.

Click here to read the article on Mark and this episode in the Tuscaloosa News.

Chris Mann, the singer who wrote and performed the theme song to the “Coming Home” preview for Mark’s episode told us that he is proud his music is associated with the amazing story of Mark and Frank. The song is called “Beautiful Life”. We appreciate him taking the time to contact us. 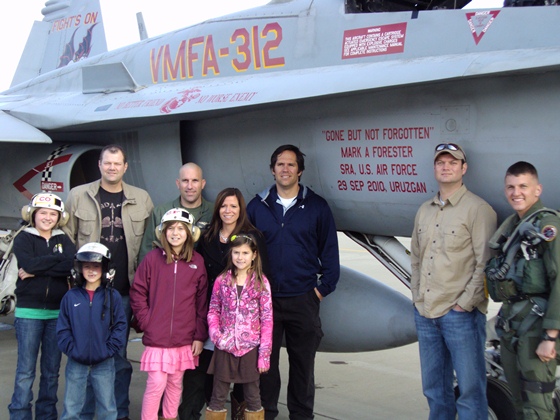